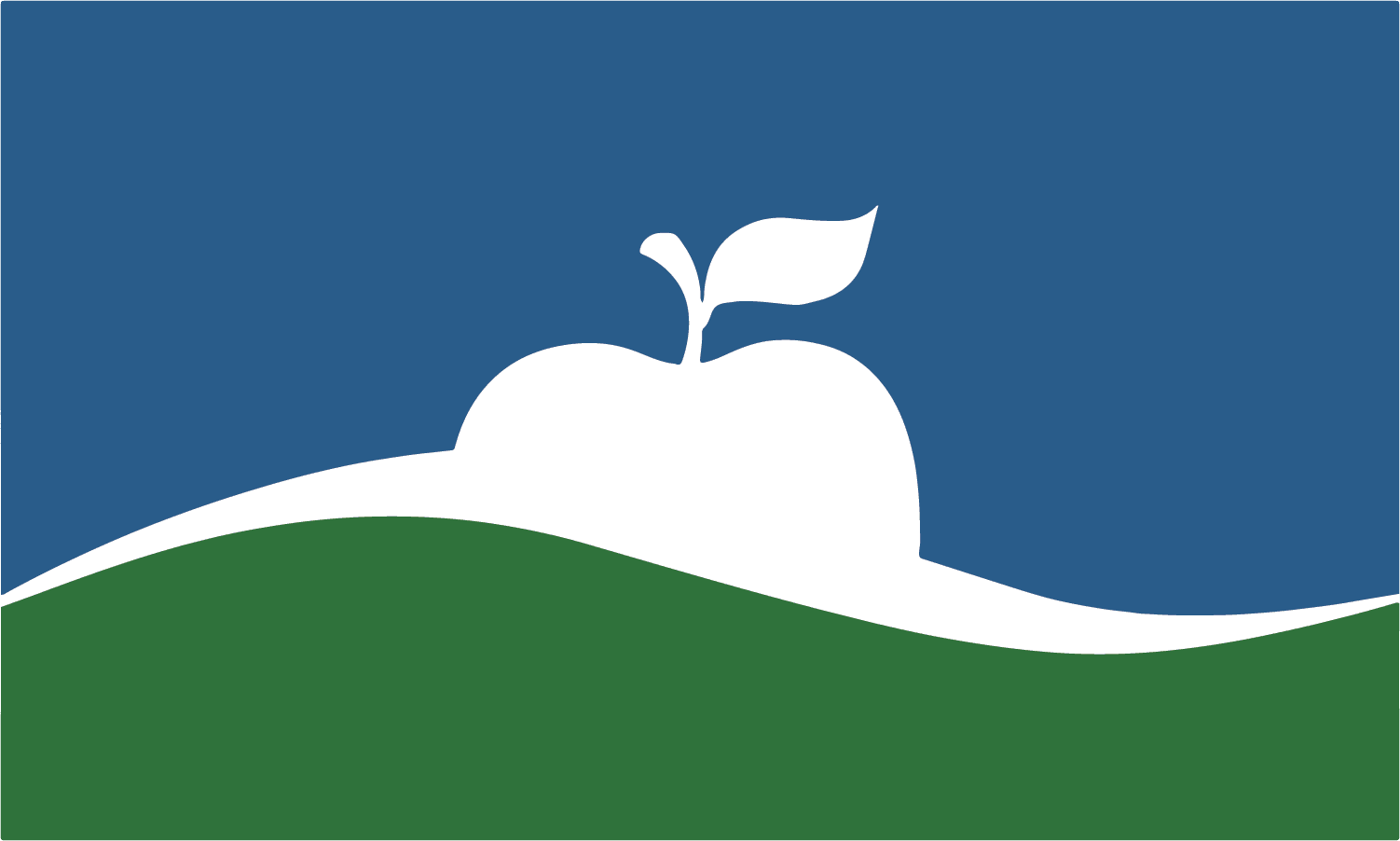 Manhattan's flag design, Little Apple on the Prairie by City of Manhattan, Kansas is licensed under a Creative Commons Attribution 4.0 International License.
Based on a work at https://cityofmhk.com/3022/37440/City-of-Manhattan-Flag.

The apple rising out of the hillside symbolizes the city’s progress and development as a land of opportunity, and recognizes Manhattan’s nickname as "The Little Apple."

The shape of the hillside is a reference to the gently rolling Flint Hills, and the green color represents the wealth of natural resources in the area.

Kimberly Medvid of Pennsylvania submitted the winning design "Little Apple on the Prairie" for the 2019 City of Manhattan Flag Design Contest.

The concept for a public contest to select a new City of Manhattan flag design originated in July 2018 when a member of the City Commission shared insight with City staff about the Five Principles of Good Flag Design as outlined by the American Vexillologal Society and a TED Talk by Roman Mars. The current City flag was created by a former staff member, based on the City of Manhattan logo, and was adopted without public input. It has not been embraced as a meaningful symbol for residents and very few people knew of its existence. Opinions regarding the current design, and the possibility of a contest, were gathered using social media, and indicated that a new flag design would be welcome.

With the goal of finding a symbol which Manhattan residents could rally behind, and take pride in displaying, the Commission gave City Administration direction during the January 29, 2019, Briefing Session to proceed with the design contest and accept submissions from the public.

The City of Manhattan’s Legal Department developed contest rules and regulations in order to protect the intellectual property that the graphic design submissions would represent, and the contest was launched in February 2019. A key provision was that designs or color schemes could be altered to address hand-drawn submittals and other design issues.

Artists as young as eight years old and as far away as Sweden participated in the contest, submitting 120 designs for consideration by the March 29, 2019, deadline. City staff collaborated with members of the Arts and Humanities Advisory Board to select finalists for public vote.

Several common themes were present amongst the submitted designs (apples, rivers, hills, grasses, stars, and the sun) which make it clear that people embrace the ‘Little Apple’ nickname and want to celebrate the City’s location in the Flint Hills.

A public voting process took place from July 1 – 14, 2019, to select a winner from the seven City Flag Design Contest finalists. A total of 3,021 people voted online and in person. The winner was a design submitted by Kimberly Medvid, labeled “Little Apple on the Prairie,” which earned 29.03% of the vote. No prize money was awarded to the finalists or to the winner, but Kimberly Medvid received a certificate as well as a full-sized flag, and she has been given recognition on the City’s website and social media channels. 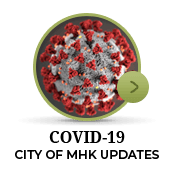